Vanya and Sonia and Masha and Spike. Yes, the title is quite a mouthful, and when telling people about the play, if you do see it, you'll just say "that Vanya thing" or something along those lines. But so what? This is by far Durang's best play yet in his long career. And in the hands of this superb cast, it shines far beyond my expectations. Usually, I go into a Durang play expecting over the top sarcasm and I usually leave exhausted or dissatisfied. And, it's not always because of the writing. Often it's because his plays are extremely difficult to stage in a way that keeps the audience believing they are watching the struggles of real people and not just strange cartoons of humanity. Often the actors and the director don't understand what is necessary to make his work shine. The key is that no matter how over the top the character goes or the situation dictates, the audience must never fully reflect on the fact that what they are seeing is so ridiculous it could never happen in a million years. You have to make them believe, at least for an hour or two. The way you do this as an actor is to commit one hundred percent to the shred of truth in whatever the situation happens to be and never, ever let go of it. 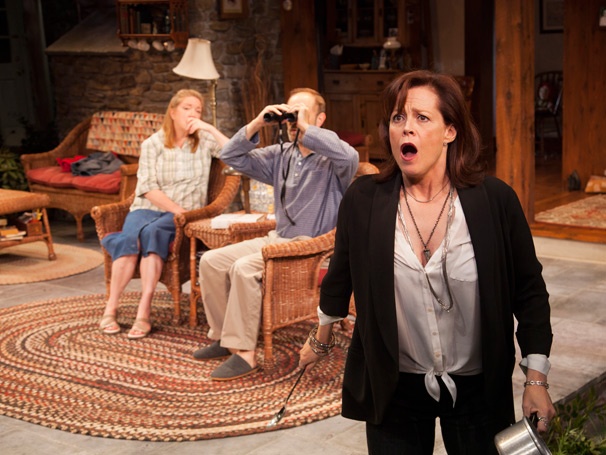 Now, in this new production the actors were helped tremendously by Durang in that all the characters had depth and something very real and believable at stake. This wasn't always the case in some of his prior plays.

And this cast with Sigourney Weaver, David Hyde Pierce, Kristine Nielsen, Billy Magnussen and Genevieve Angelson play this show to perfection. Mixing various Chekov themes, Durang and his troop create a tongue in cheek, yet still reverent homage to the great master.

Posted with Blogsy
Posted by Unknown at Thursday, May 16, 2013 No comments:

The One Man MacBeth 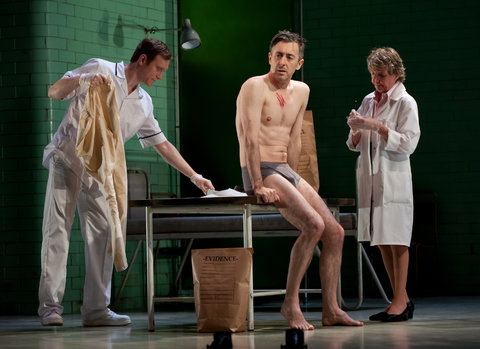 The thing that impressed me the most is that Cumming's MacBeth is not the hardened warrior, but rather a powerful man who allowed himself to be influenced by his wife and others into doing something he normally would never have done: murder for power. At the end he comes to this realization in one of the most heart wrenching moments I have ever seen on stage. I found myself completely empathizing with the man MacBeth and his unfortunate fate in a way I didn't know was possible with this character. The "sound and fury" speech was one of the best Shakespeare moments I have ever seen. This MacBeth became a boy lost, a boy realizing that he was utterly alone in the world, and that his past choices brought him to this hopeless spot. It was so sad and so utterly enthralling.

Posted with Blogsy
Posted by Unknown at Tuesday, May 14, 2013 No comments: